The blockchain is the underlying technology that allows digital assets to exist. The first, and still be far the biggest (in terms of market share) is bitcoin. It’s as revolutionary as blockchain itself.

Bitcoin is inflation-proof, because only 21 million can ever be produced (18 million exist currently, the remainder will be released on a set schedule through 2140). And it has already revolutionized payment transfers. 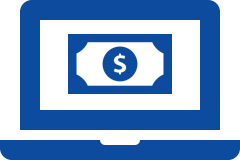 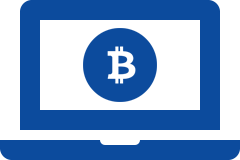 But bitcoin was just the start, for blockchain technology also allows for the next big thing: tokenization.

You’re more familiar with this than you realize; you’ve been recommending tokens to your clients for your entire career.

Instead of calling them tokens, however, you refer to them as shares.

Everyone would love to own Apple. But no one could afford to buy it; the company is worth about $2 trillion. So, the company has issued about 4.5 billion shares, each worth about $450. So, for just a few hundred dollars, you can own a tiny piece of Apple Corporation.

But why is such fractionalization limited to publicly traded companies? Why can’t we slice other assets into tiny pieces?

Well, now we can – thanks to the blockchain. In October 2018, a $30 million condo building in Manhattan was tokenized. In July 2020, real estate developer EMAAR, which built and sold 30,000 apartments in the last ten years for $24 billion, announced it is tokenizing the world’s tallest building, the Burj Khalifa in Dubai.

Suddenly, valuable assets can enjoy the same liquidity as stocks. And considering that the global stock market is the merely the third-largest asset class, there is tremendous, unprecedented investment potential.

Indeed, any asset can be tokenized. You can already buy tokens for:

There’s never been a more exciting time for investors – and the investment community.

NEXT: Regulators’ Views Are Shifting from “No” to “How”

Why Are Digital Assets Such a Big Deal?

Regulators’ Views Are Shifting from “No” to “How”

Corporate America is Starting to “Get It”

Institutional and Retail Investors Already “Get It”